Im back! I have been deathly sick for many days and am now just starting to get back on my feet. I guess what I had was some kind of food poisoning, although I’m not entirely sure. It may have been from an elote I ate on the street, again don`t really know. I have had food poisoning before but this was a new kind of beast. I was out for almost a week with a high fever, I couldn’t hold food or water down, it was deadly. If it wasn’t for my friend helping me I would surely be in the hospital now, or worse.

With a rising fever I worked, trying my hardest to win the race against dehydration amidst the inescapable reality of my unrelenting nausea. I remember lying there against the cold tile of the bathroom floor watching as the ceiling above me spun into shades of gray, I thought, I must be dying. My skin felt like it was simultaneously on fire and being consumed by frost. Pain would come in waves immobilizing me with the only relief being that of my voice screaming into the empty room. Thinking back I probably should have gone to the hospital but what can I say, I believed I could get through it. Also the thought of moving seemed impossible at the time. Little did I know how long it was actually going to last. But its ok I’m here and alive! I really appreciate all the private messages and emails, I’m sorry to scare you! I really just couldn’t even look at any screen without feeling the sickness worsen. Now for the back story. Where was I? Oh right, heading into the desert! 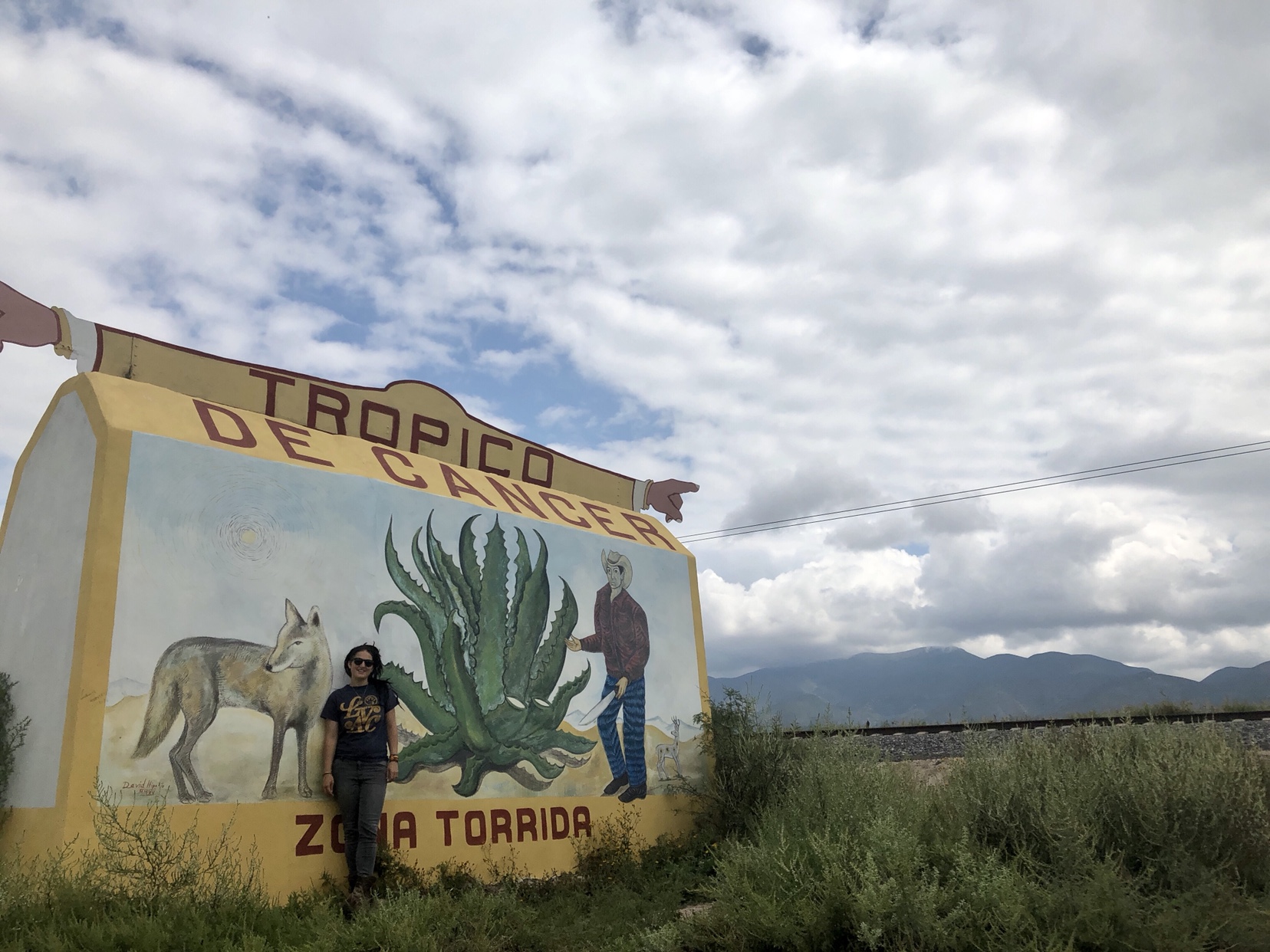 I was picked up in San Miguel De Allende by some friends. I decided I didn’t want to ride my bike for this journey, not only did I think it might not be the best in terms of safety but also riding up with the group would give me a chance to connect with them more. And it turned out to be exactly that! The people that made up the group were really incredible. They came from all over mexico and for many of them this was the 10th anniversary of their first ceremony together! What an honor to be part of something so special. It wasn’t long before we were all gathered together playing and singing music together well into the night. 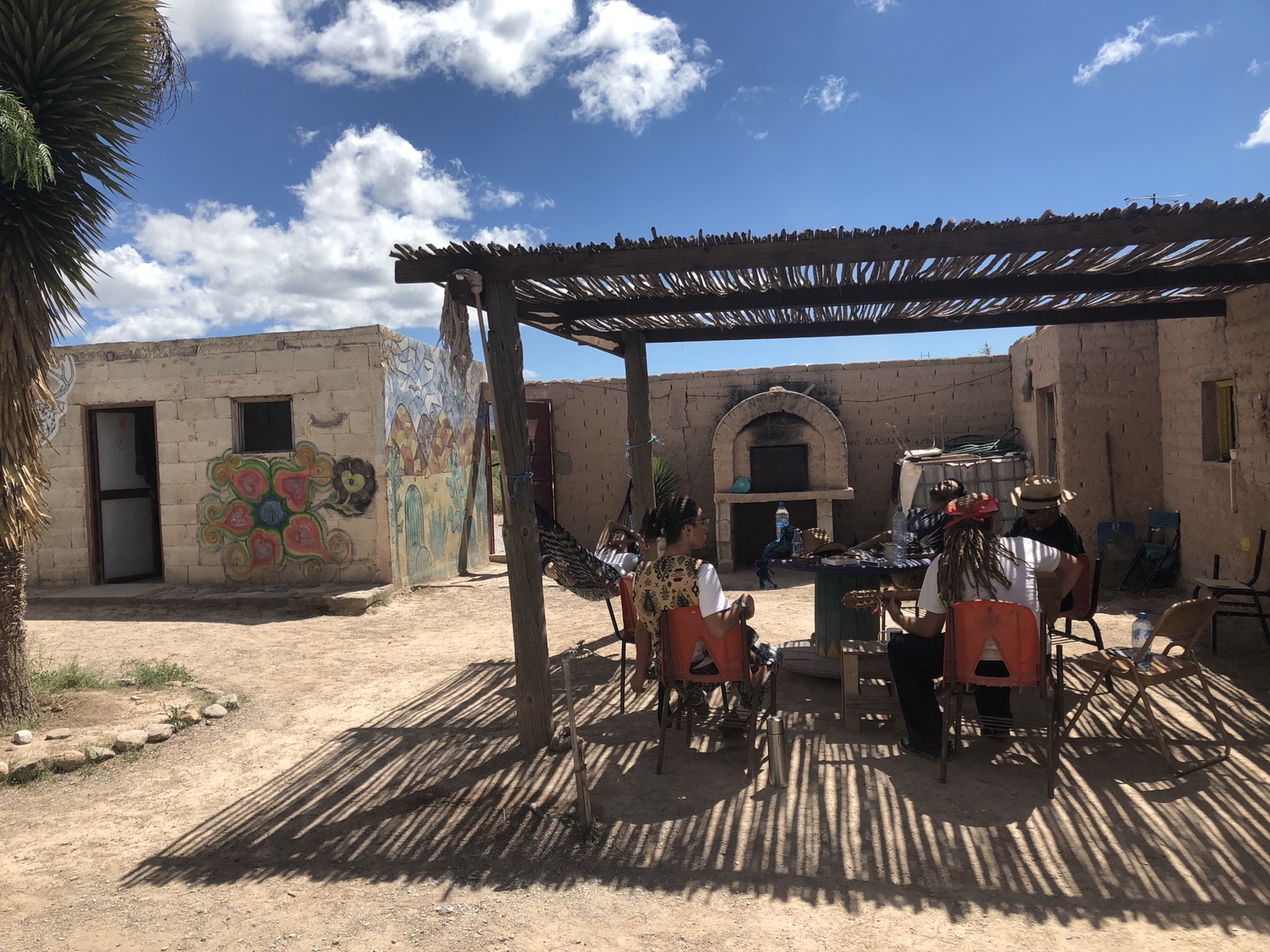 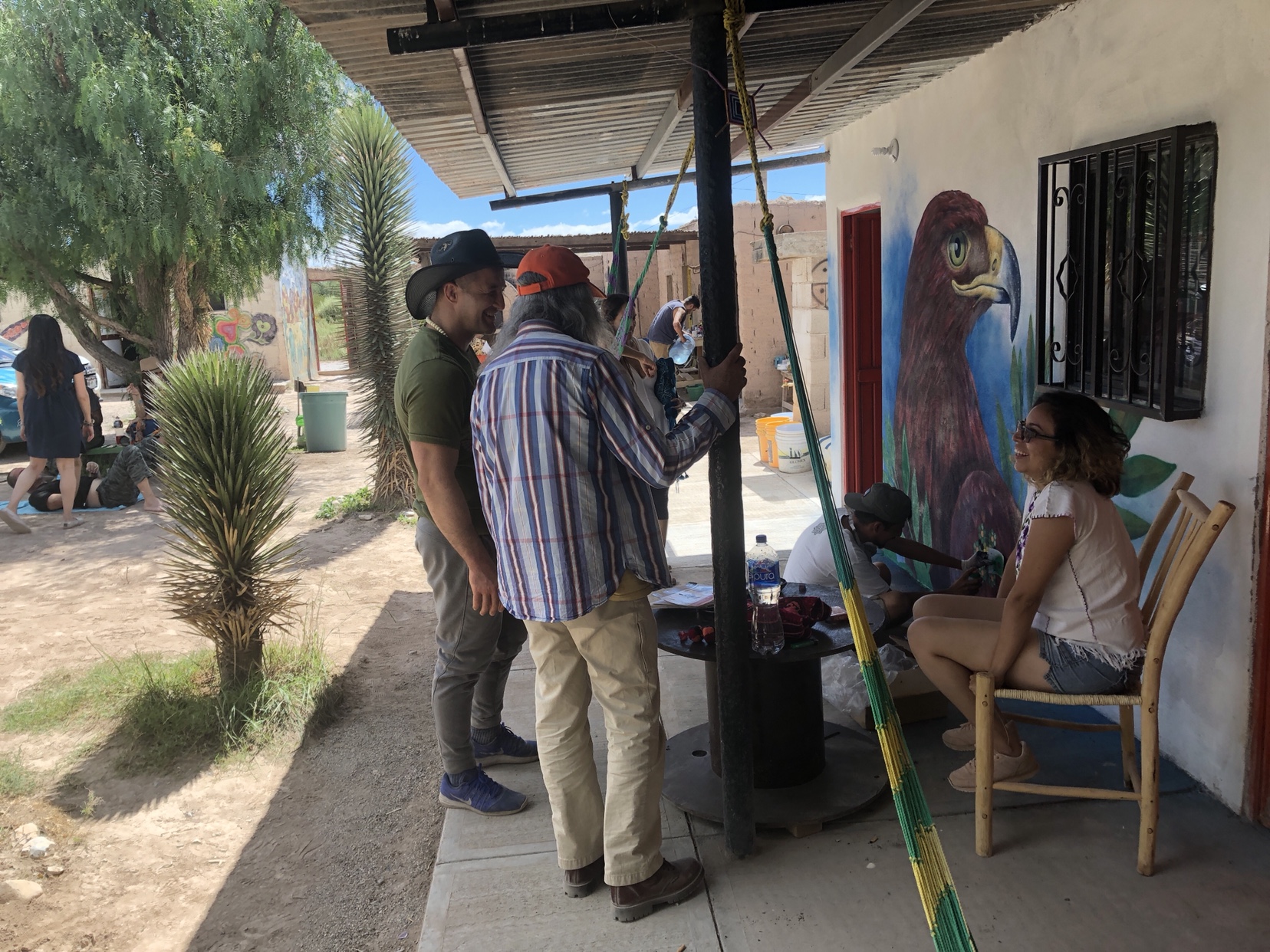 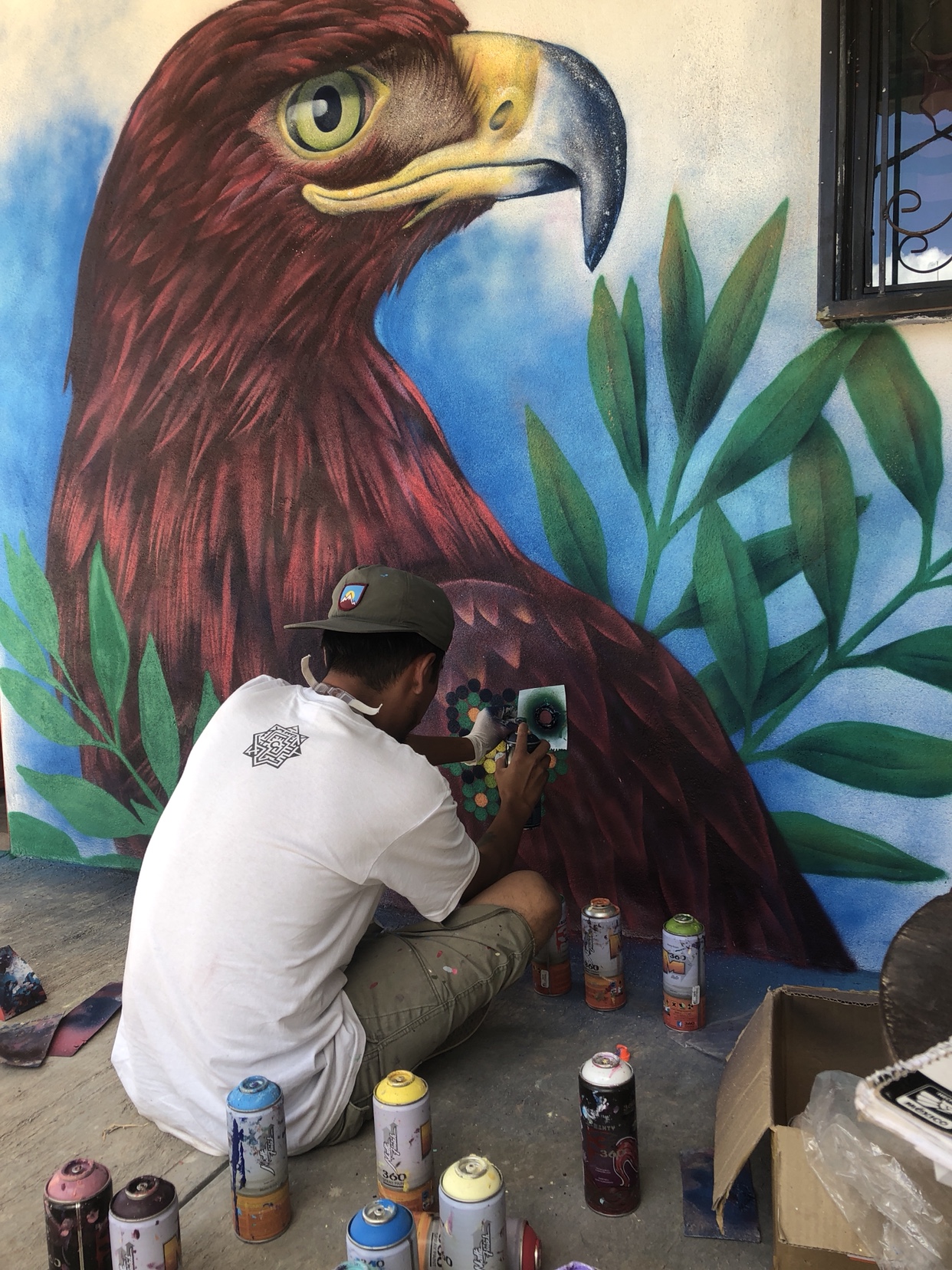 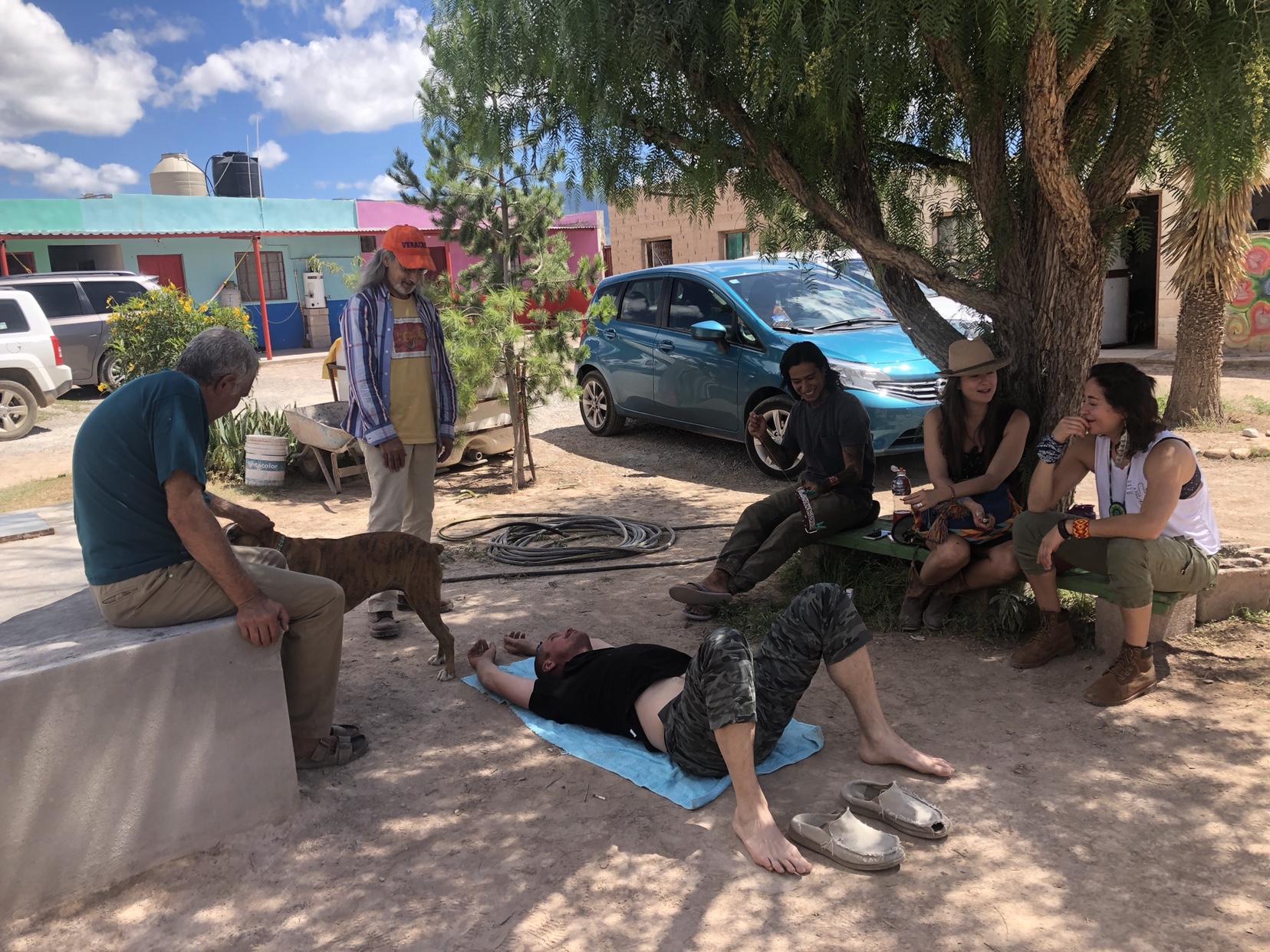 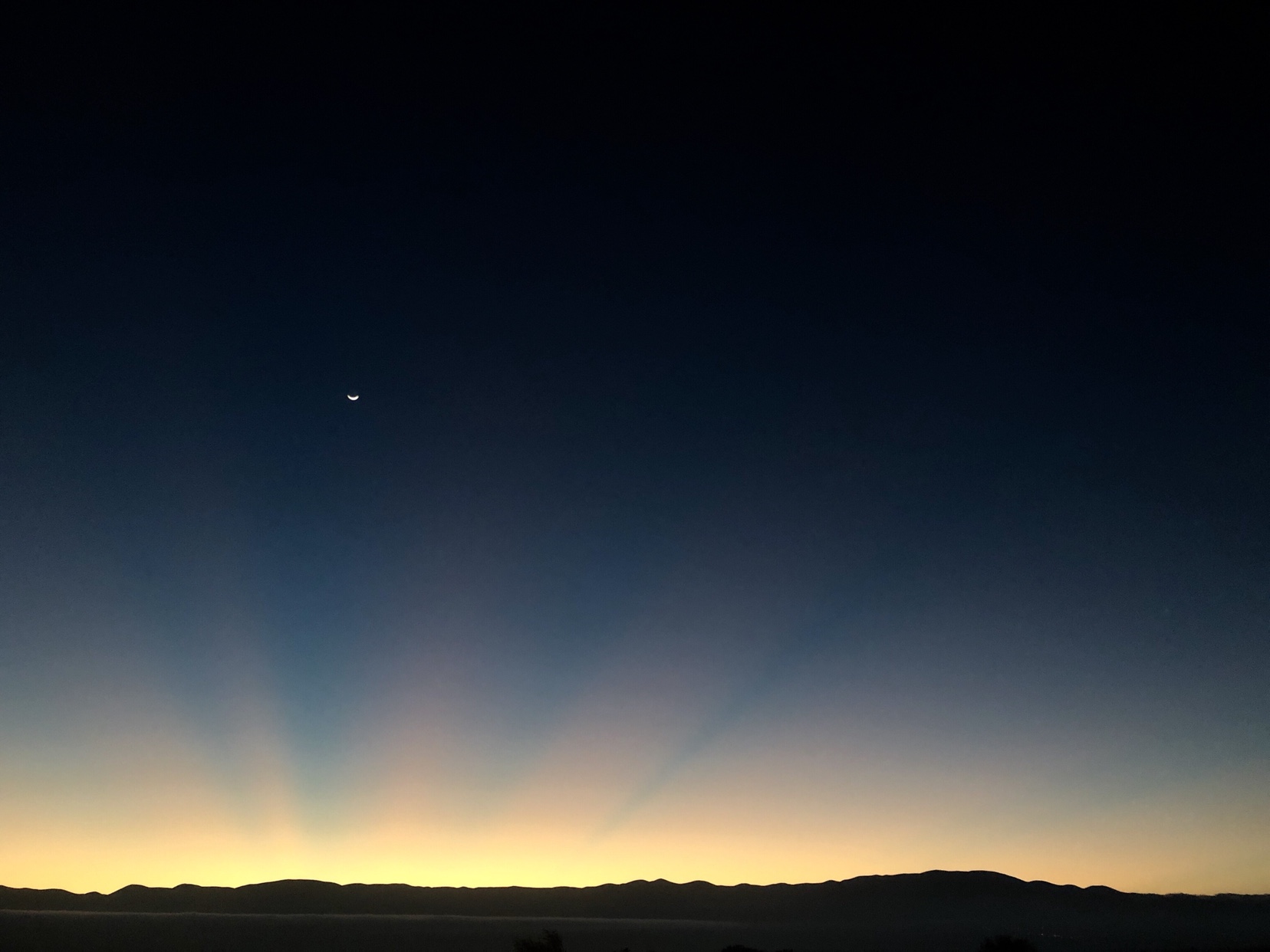 As I said in the previous post, I’m not going to go into detail about the ceremonies out for respect for the communities request to remain private but I can share some photos of Cerro de Nariz, a sacred mountain in Wirikuta for the Huicholes where we hiked and a few from the journey into the desert. 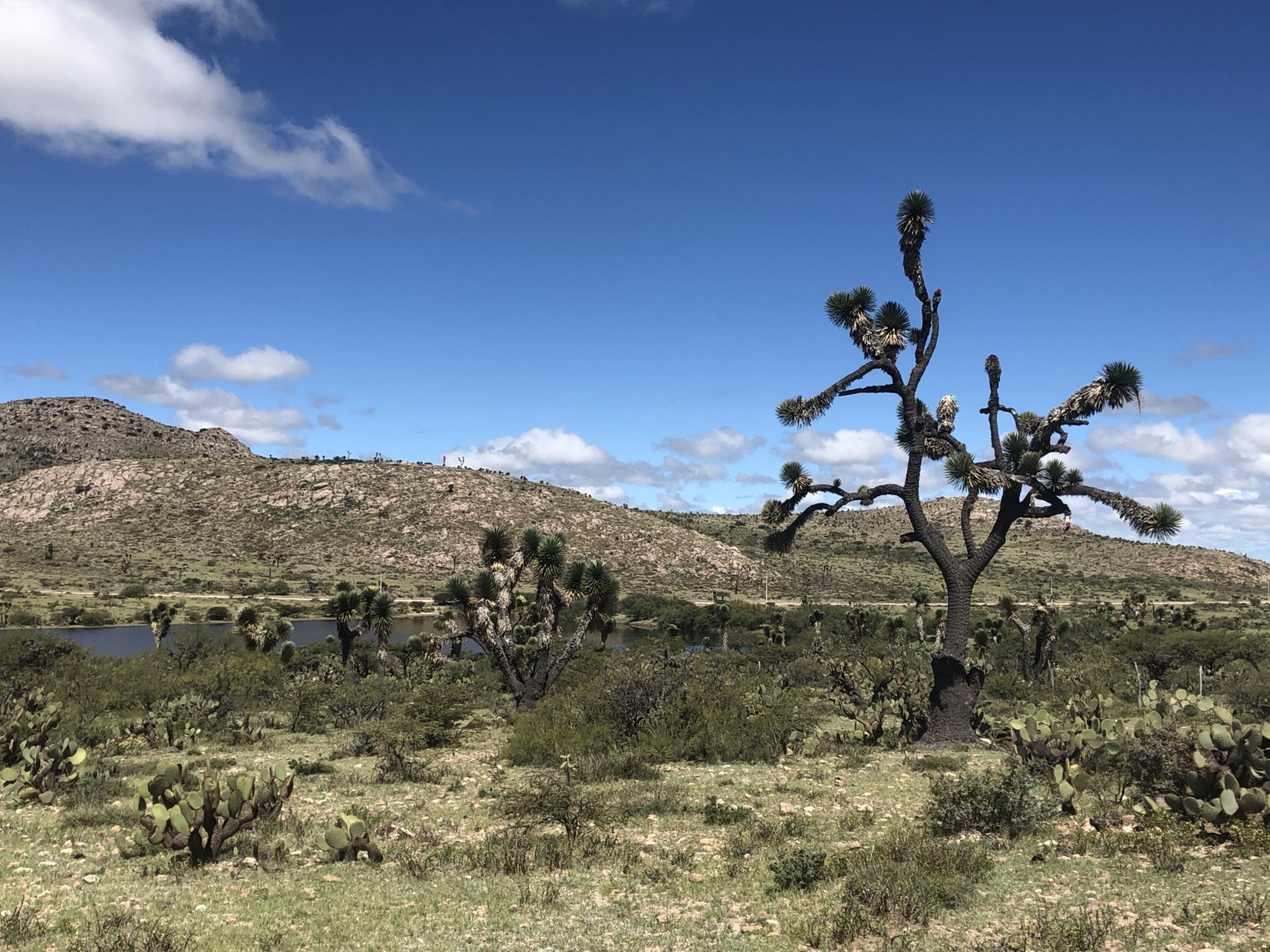 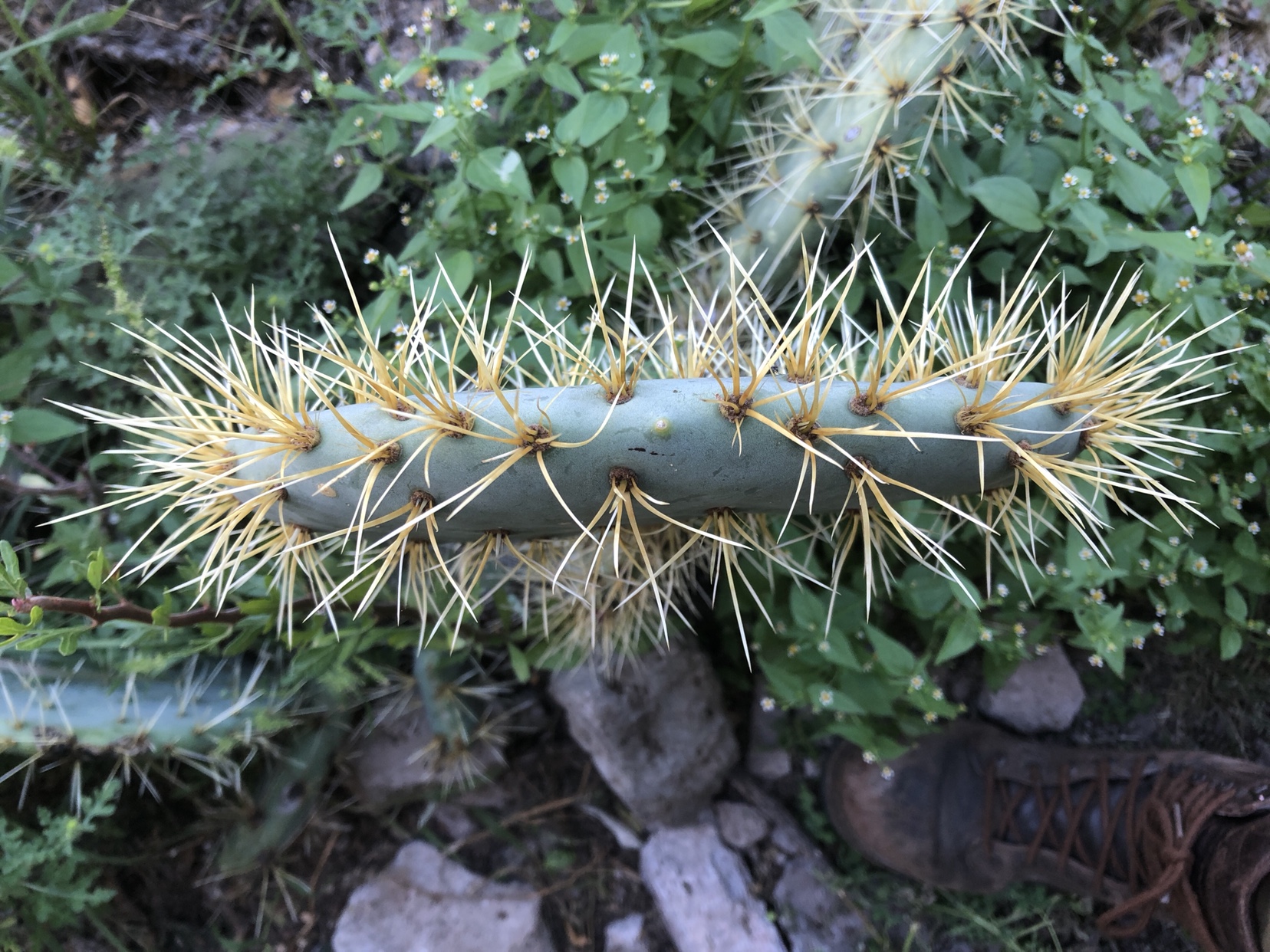 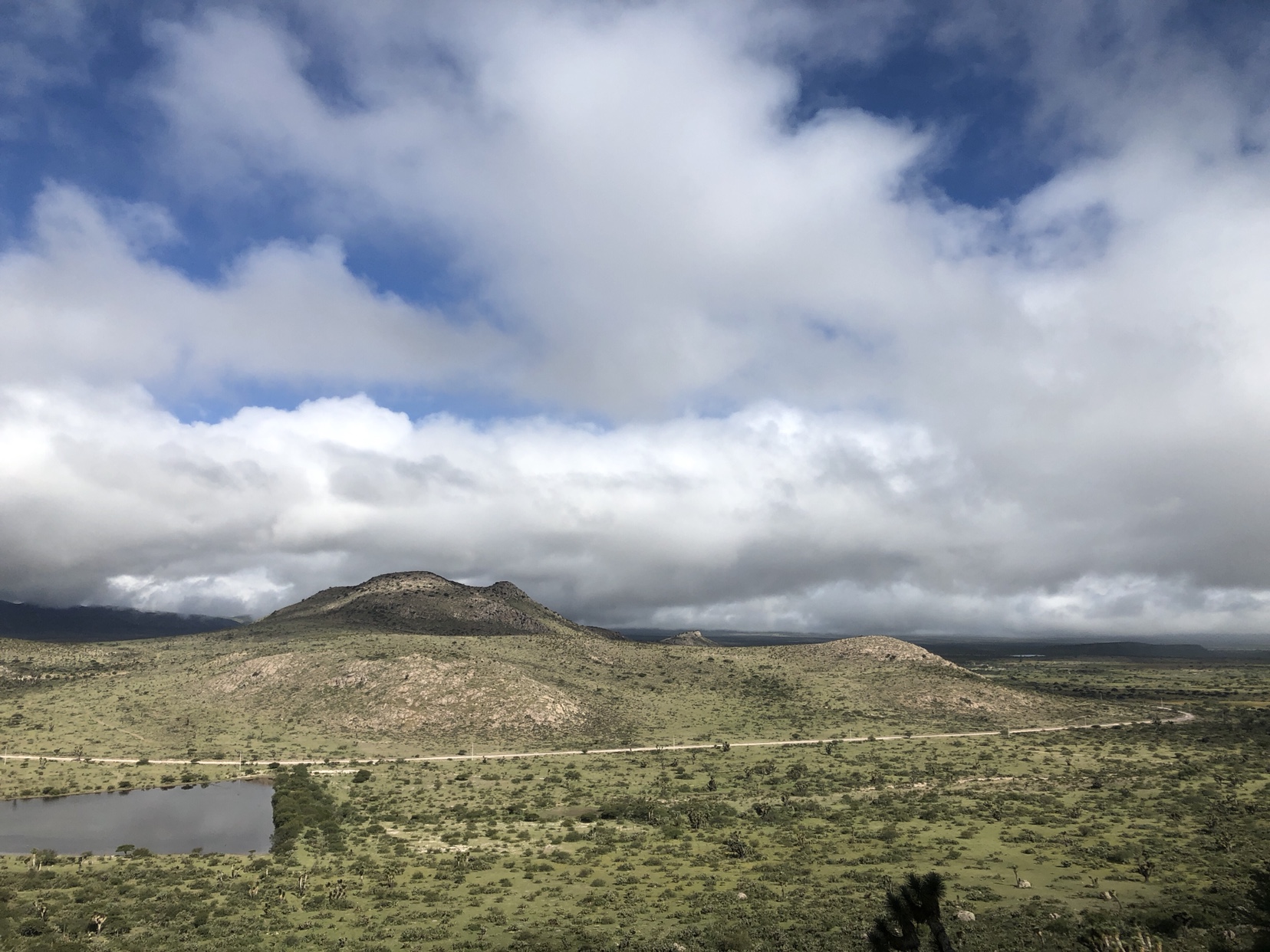 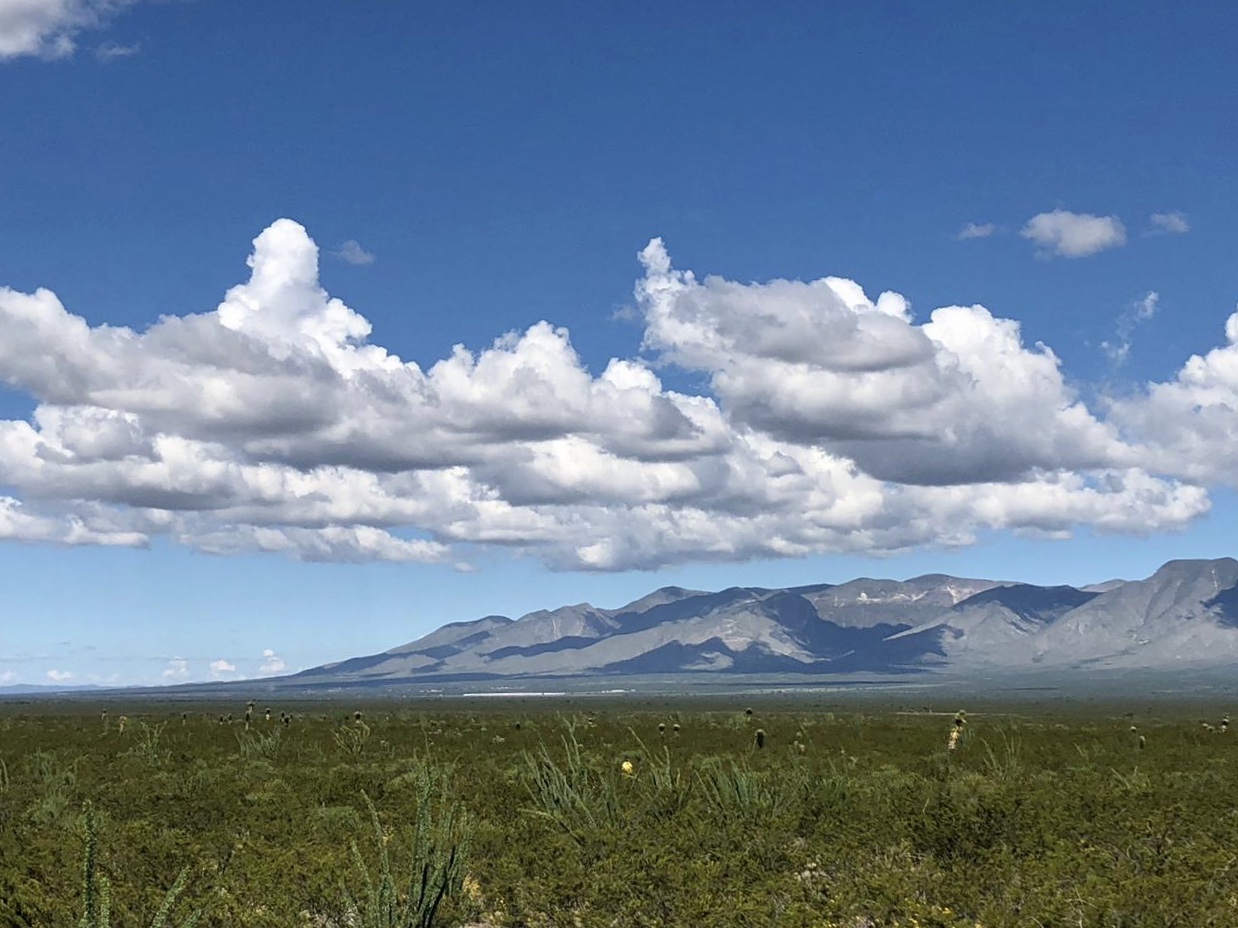 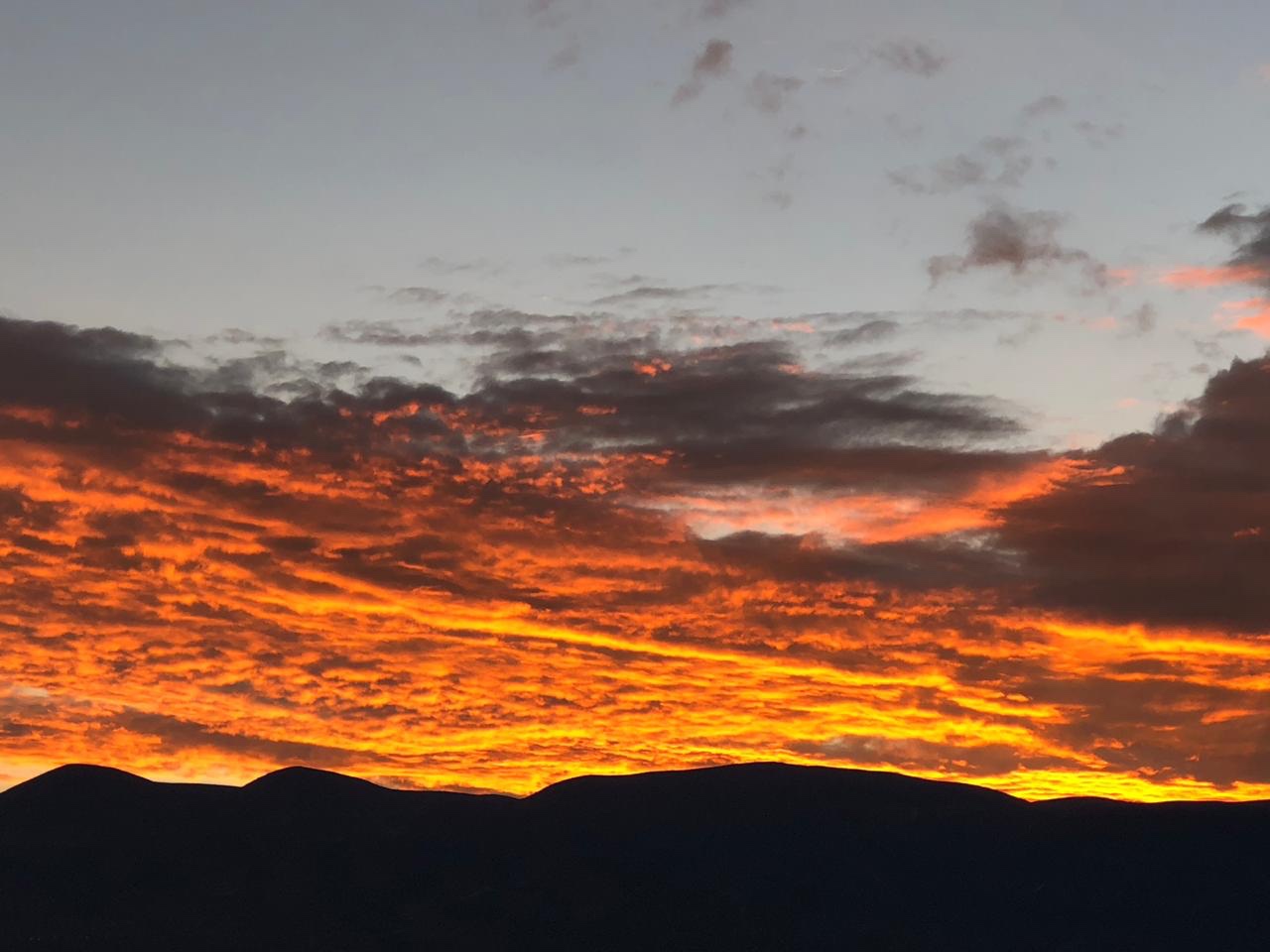 I made my way back to San Miguel after about a week. There I packed up my bike, went to the market one last time to get a few gifts for my hosts and said my goodbyes to all the friends that I made there. The next stop was Queretaro, my brother connected me with a friend of his from college who lived there. The visit was short, spent mostly downtown with Karin and a friend trying a wide selection of fancy cocktails at the well-known bars and mezcalerias in the center.

The next day I was eager to get to Mexico City. Riding into Mexico City was sure an experience! Mexico City is the 5th largest city in the world with an upwards of 22 million people. The biggest city I have ever visited so far. Its funny, nearly every motorcyclist I meet throughout the trip has told me NOT to ride into Mexico City and especially not alone. They said I should have someone meet me or I should just leave my bike out of the city and get it later when I wanted to leave. But there was no way I was going to do that! I appreciated the advice, I know it was out of concern but I can’t leave my bike like that. Besides the fact that I want my own transportation in such a massive city, I had no one to leave it with. So I did what I had planned to do from the beginning, I rode in alone. Navigating the roads were tricky, the cars were aggressive and there were many pretty serious potholes, if you can entire sections of missing road that. But overall it was like most other big cities I’ve ridden in. Honestly the 10 lane highways in LA felt more dangerous in many ways then what I found in Mexico City. I didn’t get pulled over by a cop which I was told was definitely going to happen. I did however pay a lot of tolls, many of the roads around the city are paid roads. But I arrived to my friends without incident.

My main goal for Mexico City is to build and launch my new website, which will include information about my project as well as my blog and store. It’s time to get back into the social media world and begin building for the future I dream of. My computer broke the week before leaving for Mexico but a friend in the city had a computer for me to use for this task. Unfortunately this friend was not in town when I got there so I had to wait a few days to get started. But in the meantime I explored Coyoacan with Josefo and his friends, went to a birthday party at a really awesome metalhead bar called the Fuck Off Room, spent the night at a rooftop party overlooking all of mexico city, visited to a few museums and then….got the worst sickness of my life. Which has basically been my life for the past week or so. 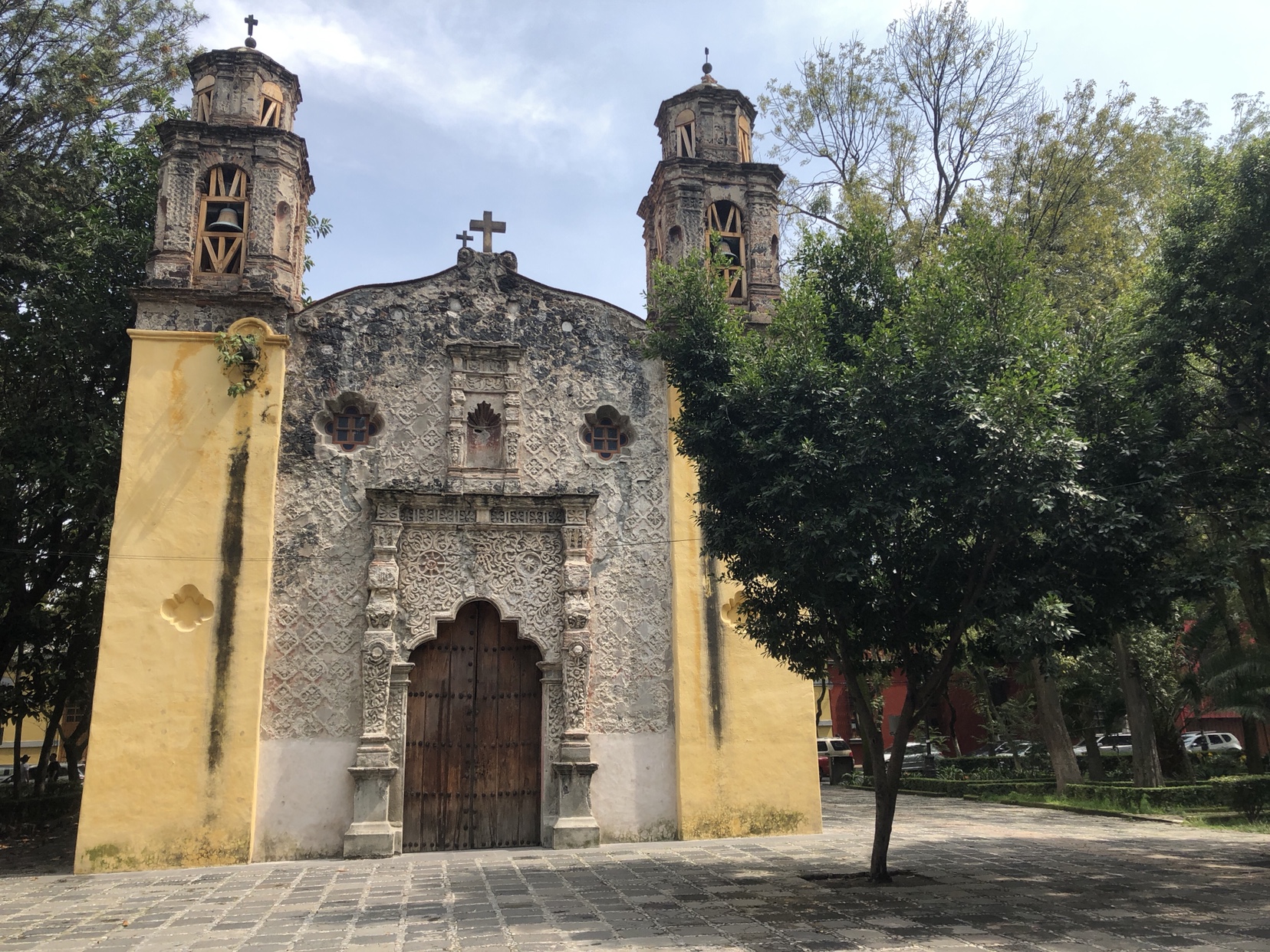 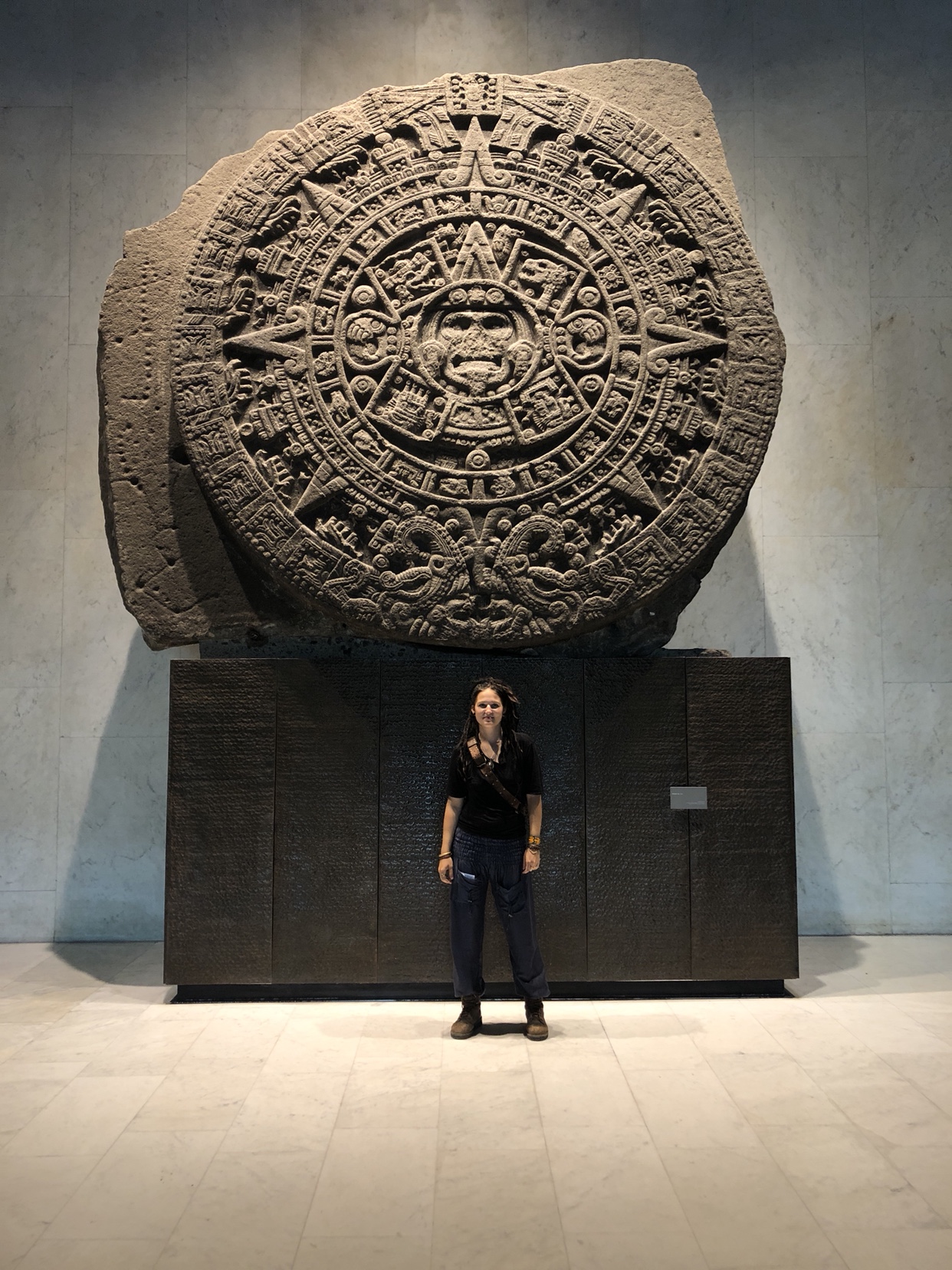 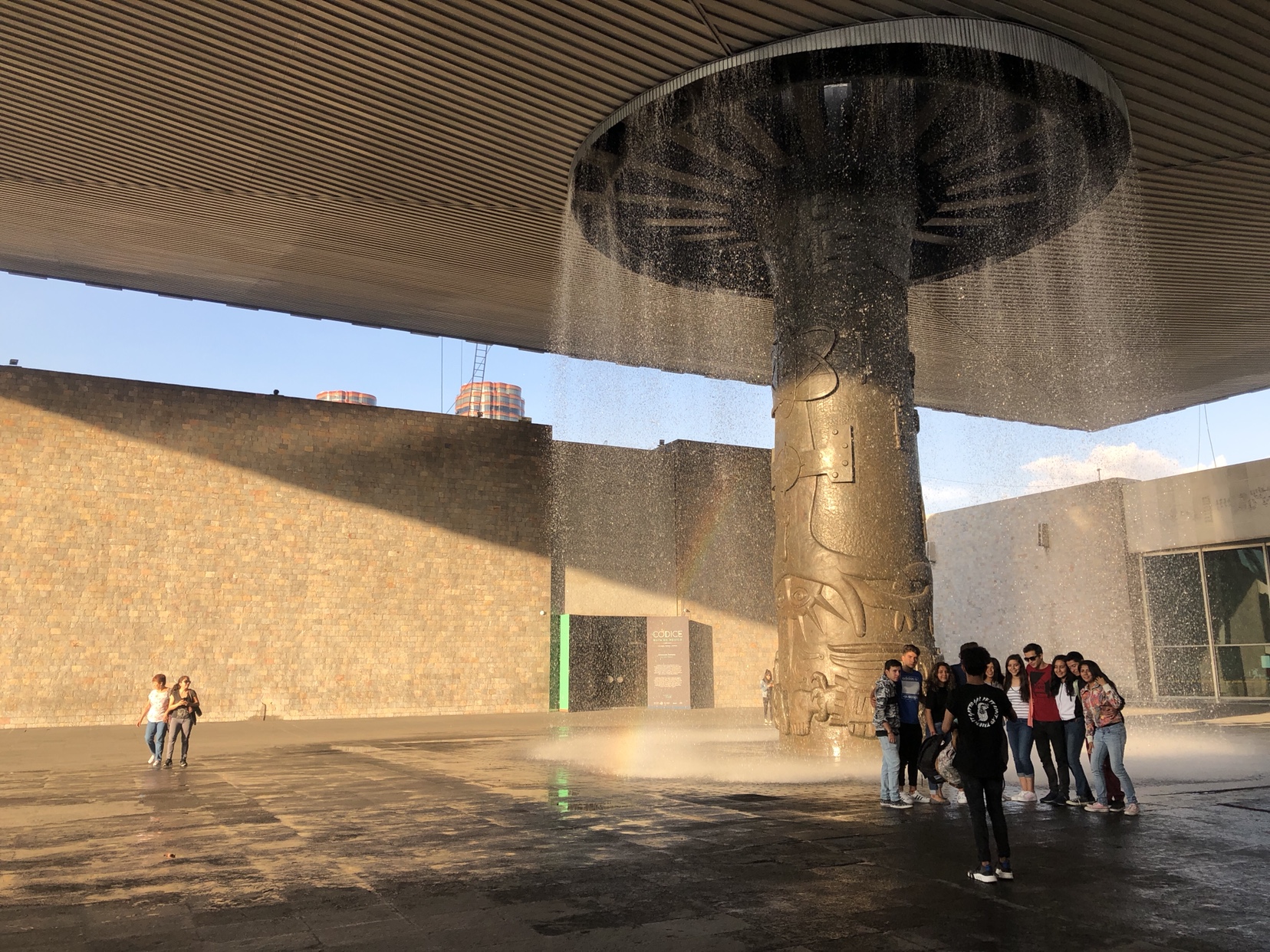 I have recovered enough to migrate over to my other friends place with the computer so for the past few days I have just been relaxing that their home and working on my website. I have made some real progress and hope to have it done in about a week or so. I would really like to be in Oaxaca for Dia de los Muertos as I hear it is the place to be for that celebration but depending on how the website goes I might still be in Mexico City. We will see! I haven’t seen much of the city yet due to being so sick so you can expect for photos of that soon. I also connected with a few motorcycle communities in the city so there are plans to ride some dirt up in the mountains of Ajusco or perhaps taking an all-dirt trail to Valle de Bravo this coming week. Very excited about that!

Again, thanks to everyone who reached out to me during this hard time. I apologize for not getting back to you all sooner. I hope you can understand the circumstances!